Craig and Bill had a great activities and challenge day with young people from East Dunbartonshire Council engaged on an anti-sectarian  project.

We had them climbing over ropes, passing balls through pipes, speed collecting the alphabet and playing various forms of archery.

It was a damp cold day at Mugdock part but this failed to dampen the enthusiasm of the young people who threw themselves into the challenge with vigour.   Mud prevailed in overdoing the rope and the alphabet game went down a treat.

The archery was 'interesting' but the target was threatened on at least three occasions :) 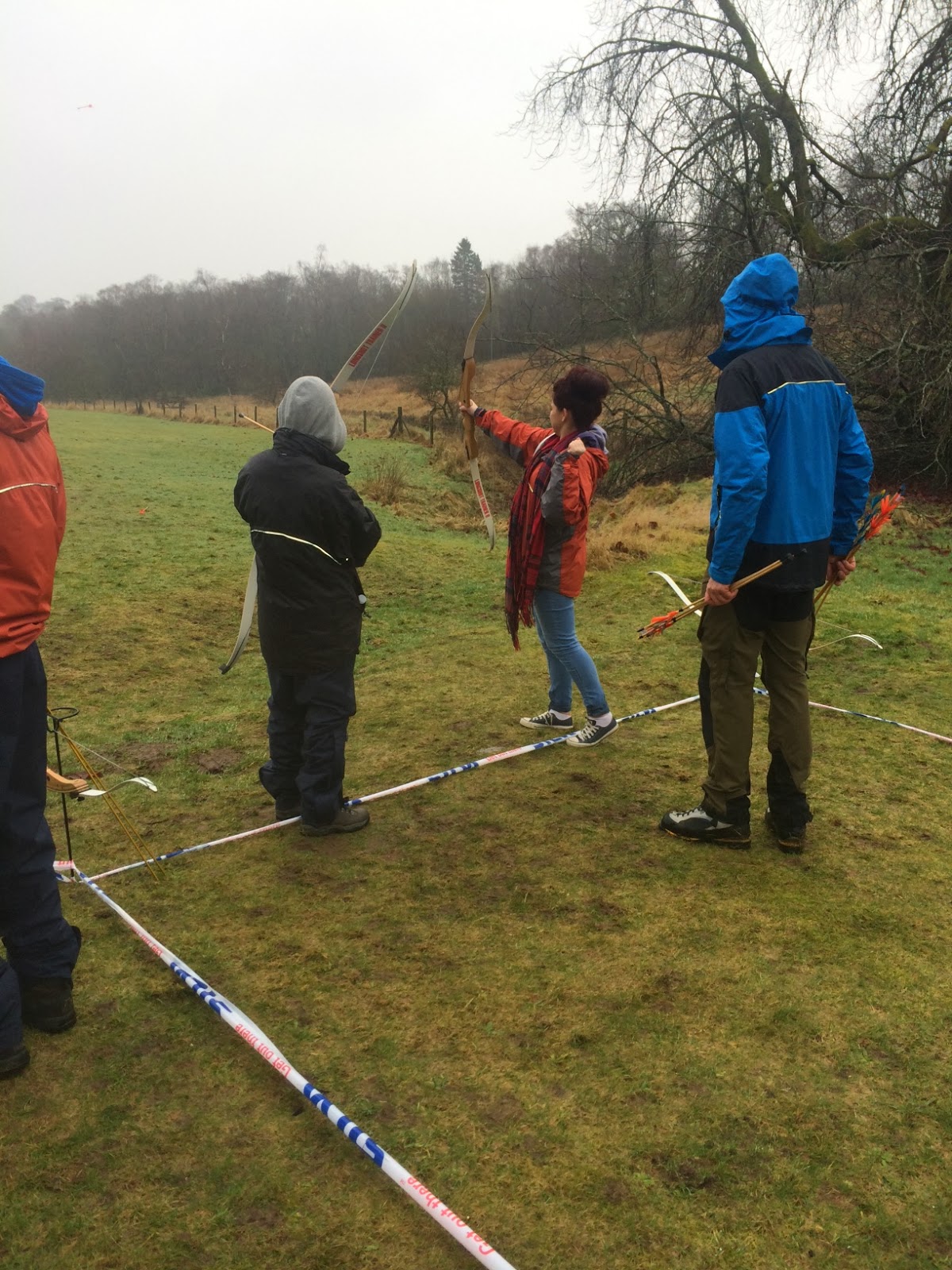 All in, a great day rounded off by a visit to McDonald's for a well earned burger (not for the atheletes mind).  They move on with their project now to visits to Ibrox, Parkhead & Hampden.   Hats off to them for keeping us, and themselves, entertained and integrating as a team from the two schools.