Craig and Mark were out doing a bit of winter night time nav practice in the Arrochar Alps on Wednesday night.   It was cold, fairly windless and a beautiful night for it.

We headed off from the carpark and paced to a feature and made our way towards the 400m contour line and some features on the way.  The snow was moderate underfoot but it had blown into some hollows and holes and we both disappeared into hidden burns etc...but all safe and well.


Once on the plateau we paced on a bearing to the summit for a quick dig in  the snow to build some shelter (bit windier on the top) and made ourselves a wee cuppa the best...Heinz Tomato - truly the soup of champions and mountaineers :) 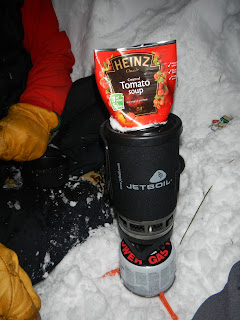 From the plateau we headed down finding some features on the way and had a nice walk out and about. It was nice to get out for the first time in a while and use map and compass :))

If you want to sharpen your navigation skills, give us a call and we can help develop your repertoire of skills to get out and explore the hills with confidence.
Posted by Craig Coid at 14:09 No comments:

Bill and Mark had a short but exciting day climbing the South East Ridge (III) of the South Peak of the Cobbler taking the direct start.

It felt proper cold with a high wind-chill factor but the conditions for climbing were less than helpful.
Turf that was exposed was frozen, but snow on the route was powder and there was no neve or ice.

The abseil from the top of in the cold wind was aided by having an in-situ sling and crab.

Craig is rock climbing Tuesday and Wednesday in the lakes ! and Bill is out Mountain Biking with clients Tuesday and Thursday.

Drop Bill or Craig an email if you want to improve your skills on the bike or to plan your Epic 1-7 day adventure in the Highlands of Scotland. 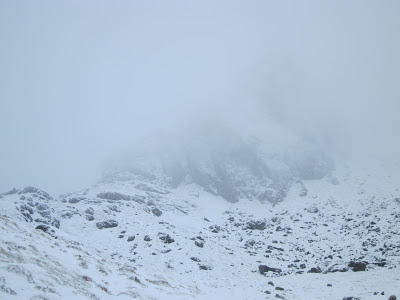 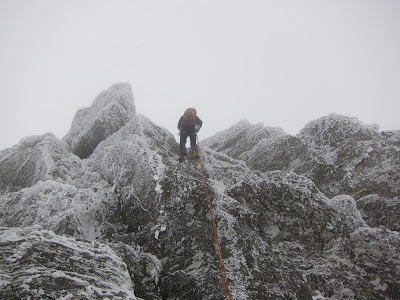 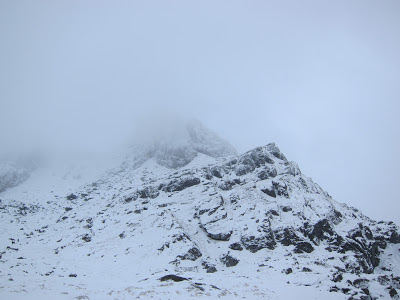 Posted by Vertical Obsession at 01:55 No comments:

We'll after a bit of faff, we got to launch the kayaks on Loch Lomond before the New Year and the Team had a great time with seasoned pro kayaker, Peter 'The Inuit', who kept us right and alive.

We launched from Luss and went for a journey around the islands and stopped off for lunch on Wallaby Island but saw none of the inhabitants.   The water was nice and calm, and we cracked on for the other side of the loch, finding Ross Point and another nice place to stop for soup and a sarnie.

Bill had his GoPro out and there may be some footage once he downloads it and makes a movie.   We had a bit of nav to do due to poor vis on the water but we managed to keep things simple and avoided any catastrophes on the outing. 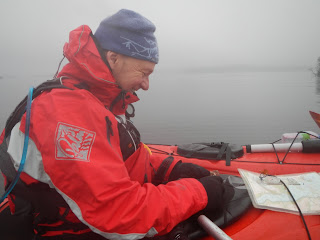 All in, a very successful day out; surprisingly, the hands were not too cold despite the water and lowish temperatures.  A good CPD day on the water and Bill and Craig are due to get out on the open canoes in early course in prep for a forthcoming assessment.   Despite the rain, we all had a grand day and there will be much more of it to come...St Kilda be warned! 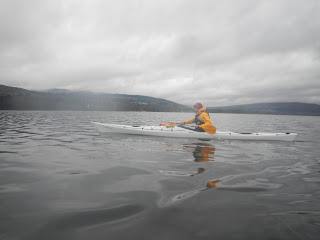