Craig and Bill had a quick hit in Knoydart with a Gold Dofe expedition, travelling around the peninsula then to Sourlies, A' Chuill bothy and then out to Glen Finnan.

This is one of Scotland's finest areas of truly outstanding beauty; known as the Rough Bounds, the terrain is tough, the midges tougher and the views to die for.

The candidates were strong and uncomplaining, and finished the route in grand style.  We then gorged ourselves on a MacDonald's...my first for some 15 years I think but well worth the subsequent guilt.

I think the following pictures may answer any questions or doubts you may have about Knoydart's beauty.  Truly stunning and, IMHO, beyond compare for beauty AND solitude. 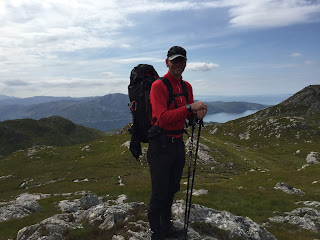 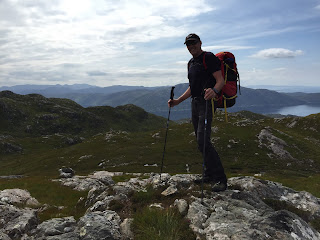 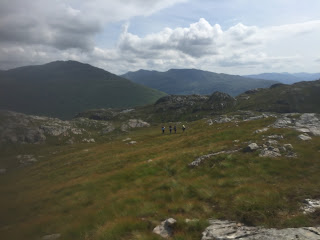 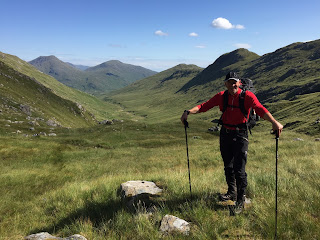 Bill Crombie, Jim Reedie & Jim Shankland were the successful, and generous, winning bidders  at the Rotary Club charity bash for a donated Simply Epic day out at a location of their choice.  They picked a grand day out in Glencoe!

After some chat and a check on the weather, Curved Ridge and Aonach Eagach were not really suitable and the Zig Zags was plan A...as everything eventually is of course!! :)

So Craig and Bill cruised up in the other Bill's 'gangsta' pimped Q7 and we were off in dampish but pretty decent weather really.   The guys are generally Munroists but fancied something different with a little hands on.  The Zig Zags of Gear Aonach are tricky to find if you don't know the way but it is a lovely way up to Stob Corrie nan Lochan on an easy scramble, avoiding the sweatfest 'hurt locker' of the corrie path.

The guys were great on their feet getting up the ZZs and thence to the summit of SCNL for a pleasant lunch.  Onwards to Bidean nam Bian and down the Beallach Dubh to the Hidden Valley saw a fantastic day out for the guys on terrain which stretched, but never really challenged, them.  The chat was great and the company exceptional - a memorable day for all.

Hopefully they bid big again later this year for another Simply Epic day out; great company and a great cause for several local charities.  Well done guys.

Some pics from the day...


Stewart wanted a classic rock day out and about in the Scottish hills.  Nothing better than Curved Ridge to be honest, so an early start saw us enroute with coffee in hand. 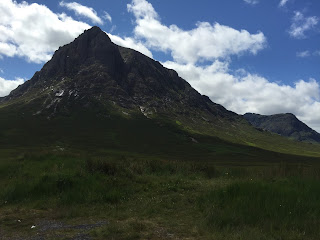 In his fancy new Audi 5 Gangsta Style Coupe, we got there in no time and Stewart quickly got his tackle out and into his football gear!!  After some laughing from the watching masses, the Chav and I got going...(see video for evidence...:) ) 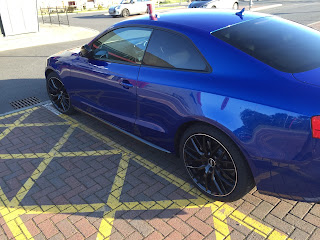 We made short wok of the approach but got Stewart tied up for the steeper ground, just in case, as he is going to be a dad soon :)   To be fair, it wasn't really necessary and he got though all the steepenings with ease. 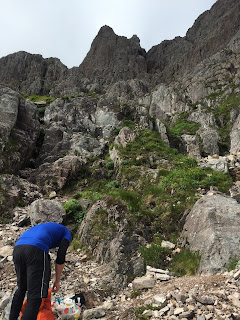 A pleasant lunch stop under Crowberry Tower and we kept the excitement going by descending the Ridge and using a couple of abseils for fun.  We then headed for the Kings House and met this big guy... 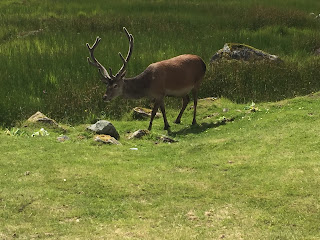 My first game of darts for thirty plus years saw me finish round the clock in three darts...seriously; beers and dinner were on Stewart. 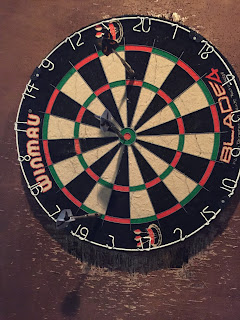 A cracking day out with Stewart and hope to get more next summer :)