Craig and Mark headed to the Ben to climb some ice although they knew this was unlikely as the thaw they witnessed a few days before had continued.
The Ice was still fat, but with natural release coming down most routes, they thought better of it and climbed onto Tower Ridge via a pleasant solo up Faulty Towers.

The ridge was in good condition - crampons the whole way - and they soloed till the pitch before the Eastern traverse. A quick catch up and chat with Mike and client at the gap and before they knew it they were on the top with shades on in 16º heat.

The team headed down number 4 - thanks Tom for use of your rope - and back to the North Face car park in super quick time.
A super day out in stellar weather, if not climbing, conditions. 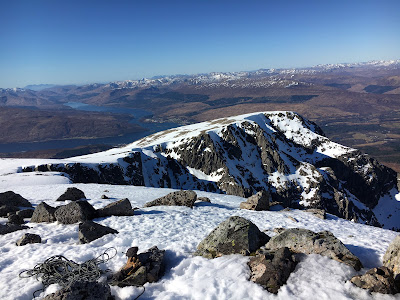 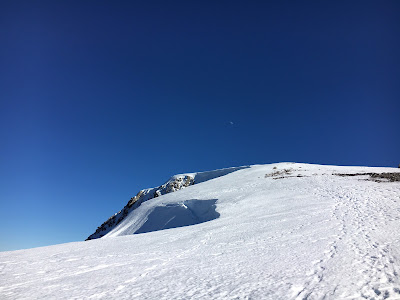 Posted by Vertical Obsession at 08:45 No comments:

Craig and Mark headed for the Ben early o'clock to get some, hopeful, action on a quality route; notwithstanding the turbo thaw forecast...

630am departure from the NF carpark saw them ahead of the crowds and walking in 8'c...not promising.  Once into the corrie proper heading for CIC hut, it was apparent the faces were black and the thaw had done some serious damage! 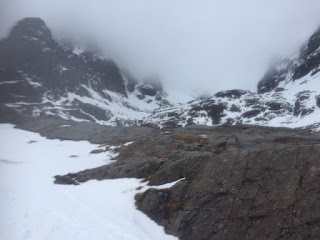 A sarnie stop at the hut and  chat saw them head into Observatory Gully for for the Great Chimney - hoping its enclosure might have protected it...some chance.

On entering Observatory area, a significant but old (2-3 days?) avalanche snout welcomed them and they walked up the W side on soft sugary snow offering no respite nor encouragement a climb was on the cards.  Vis was poor and the approach to The Great Chimney provided all the evidence needed to declare it a no go area. 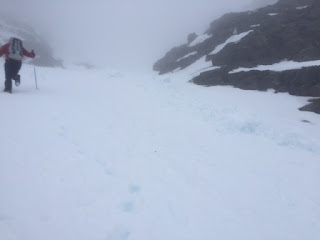 We chatted, humphed and hawed and then descended a short distance and traversed over to Tower Ridge thinking...but it was never going to be an enjoyable day in soft snow and high winds towards the summit.  We scooted round to Vanishing Gully area and despite an 'uber' guy pointing he climbed it on Thursday, sadly, it wasn't Thursday and it was stripped on the top half, and thin/delaminating on the first. 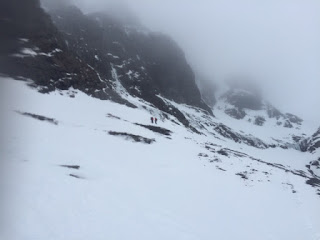 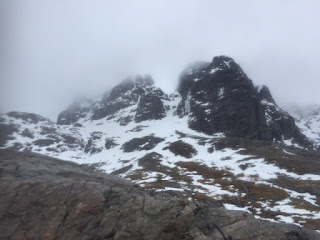 The Curtain is closed and much blackness is evident.  Things are not looking good for this winter; we chatted and determined we have completed two full planned climbs this winter - and we have been out a lot!  Sadly lots of bailing and lots and 'walking the rope'!!

Ce la vie...there's always next week.
A shout out to Jottnar apparel today; wet, minging weather with a windchill higher up tested the light and heavy weight hard shell jackets and sallopettes we already knew were excellent. The new Alfar midlayer fleece is also an awesome piece of kit. Warm on the walk in but not a sweat fest and toasty in the wind. 10/10 for Jottnar. Top class clothing for mountaineers.

A trip around the cornucopia of beauty, which is Fort William High St, brought the day to a close and we headed home...disappointed indeed!
But we got out, tried and still had a grand day out; nothing beats a walk in Scotland's winter hills...except a climb in them. 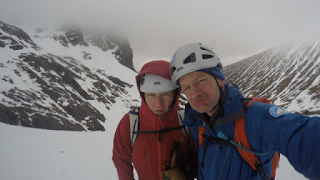 Jane and Mark headed to Bridge of Orchy for some winter mountaineering in the sun. Mark had almost forgot what a pleasure it was to walk in the sunshine rather than shiver on a belay. 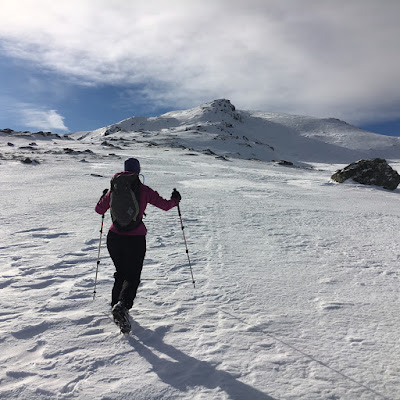 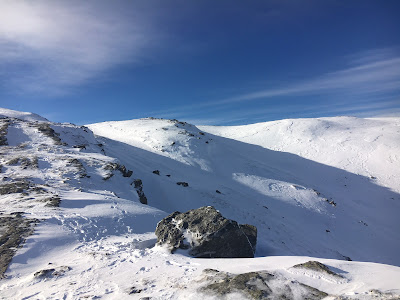 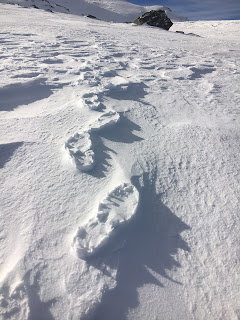 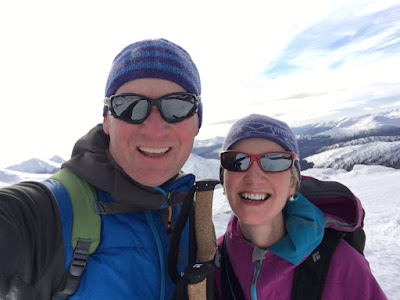 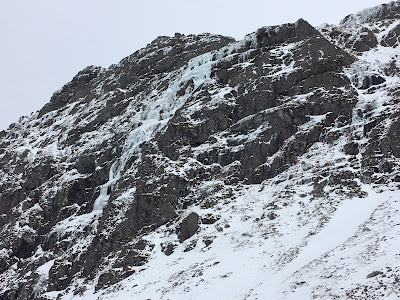 Posted by Vertical Obsession at 07:44 No comments: