A call off on Saturday gave Linda the opportunity to call in her Simply Epic Adventure birthday gift voucher with Mark on Sunday.

The weather was set to be fair with sun mid-morning, but the wind was cold when we made our way up Am Bodach.

Linda having a low centre of gravity has good sense of balance and made the initial down climb look easy. We both enjoyed the mountaineering style journey to Meall Dearg - the official start of the Aonach Eagach ridge. Consistent exposure and beautiful views with varied scrambling; taking in everything from terraced ridges and knife-edged arêtes to towering chimneys . We made our way across  the crazy pinnacles before the final pull up to to Stob Coire Leith.

We descended from the summit to the Clachaig road junction and thumbed a lift back to the start point. 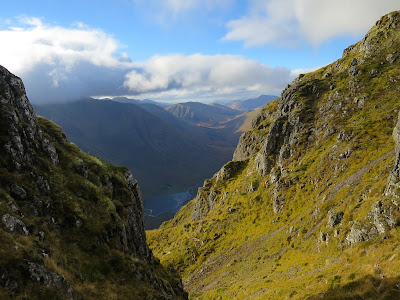 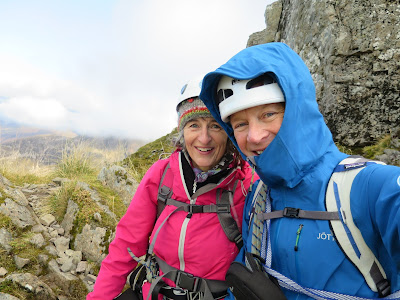 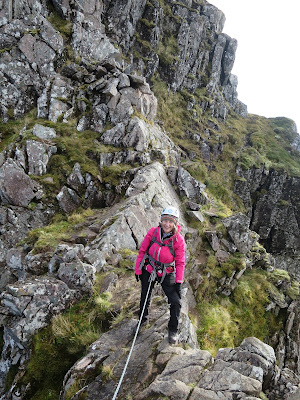 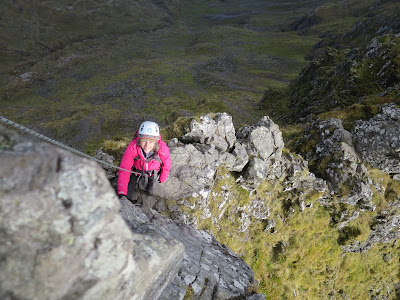 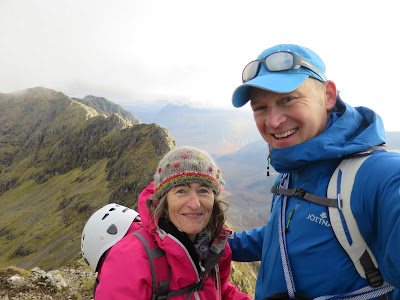 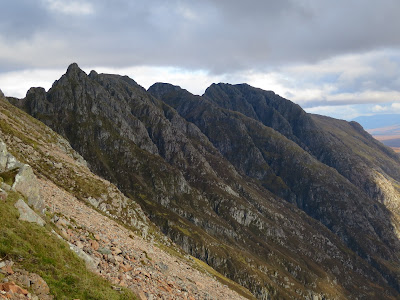 Posted by Vertical Obsession at 06:31 2 comments:


After a long hard summer of work, injuries and disappointments, Craig and Mark got out onto the Cobbler today with a psyche to climb in the sun. 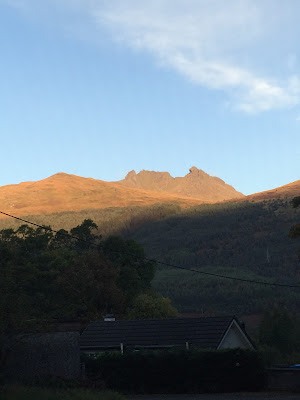 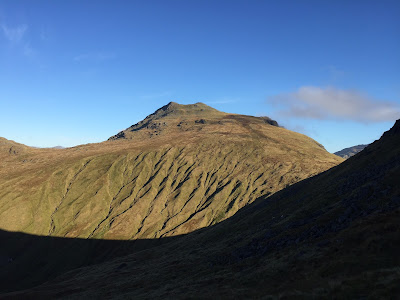 A not too early start saw them leaving Glen Croe for the slog up the Cobbler via the west face.  An hour plus later, they arrived at the Beallach and dropped down to the wonderful face of the north peak for some action.

They climbed Incubator six years (jeez!!) ago and decided it needed a revisit.  It's a meaty HS 4b with three lovely pitches offering their own challenges along the way.  Craig headed off up the first pitch, a pleasant introduction to the joys of mica schist in the dry...grippy but hollow rock in places.


The next pitch is short with a sting on leaving the stance; an off-balance overhung sloppy hold type move with little confidence but well protected.  Despatched with aplomb, Mark brought Craig up to the crux balance-centric, bridging fest with a weird phallus rock protrusion half way up.

Craig won the rock paper scissors duel and headed off up the steep crack corner, lacing it up like a wild Western bar girl trying to look thin.  Half way up, the crack line terminates and it seemed churlish, if not irresponsible, not to make use of the phallus rock for safety, despite the sense of inadequacy it engendered...


The pitch kept on giving and involved some balance moves to escape the line right into a notch/haven and first available stance.  Mark followed up with style and led off up the final short rock moves which we didn't really recall from 6 years ago.  The guide book may reveal the proper finish if we got it wrong but it all seemed logical, unlike the heat from the October sun!


An old egg sandwich for Mark and smoked salmon for Craig saw them back to the car in the sun in jig time for coffee and cake in Arrochar.  A grand day in the hills for the boys, knocking off their THIRD!!! rock climb of the season - where has the time gone?

Crikey, roll on the winter season...

Sad that people are so despicable in the hills...one of many we retrieved on the walk out!