One Wheel on my Wagon

On Friday and Saturday Craig was working for GoWhere, an excellent mountain bike (and more) holiday company based in Innerleithen, but covering Scotland.  It is run by the MTB route encyclopaedia known as Andy McKenna and his good wife Aneela, who we have the good fortune to know and have ridden bikes with for some time. 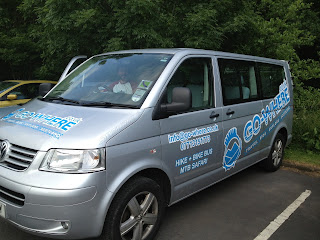 Andy, having man-flu, called Craig in to do some guiding with Prof James, over in Scotland for a bio-chemistry conference but, in reality, it seemed more like a whisky tasting tour with much biking thrown in.  James is a super keen biker from Salt Lake City and we have plans to go there and hook up with him for some sweet riding in the US if all goes to plan. 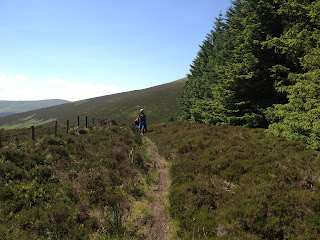 I met James on Friday - a real cowboy who greeted fellow travellers on the trail with a 'Howdy' everytime :) - and we went for some big ups on the bike around the secret trails in Glentress then headed up the Black route to the radio mast and dropped down into the adjacent glen.  It's never a real day on the bike unless you hike and we found a short cut, unintentional, through a fire break in the trees and re-entered the glen much higher up - meaning more biking and tracks for us.

Down the glen we met Neil from Alpine Bikes who joined us and we headed for '3G' and a little 'Community Service' and had a blast down there.  After a long hard day on the bike in hoooooot weather, we called it a day, went for a shower then met for dinner and had a few beers and a chill. 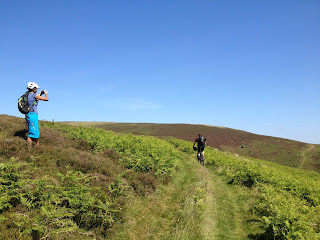 The next day, Aneela joined us, Andy still being unwell, and we headed for some beautiful exploring across the hills from Inners' to Peebles and had another fab day in the hills, descending into Peebles for lunch at the Deli-Bean, where a lurgy ridden Andy dragged himself out to join us for lunch.

More climbing saw us up Janet's Brae and into the Buzzard car park and more sweet single track, reminded me of Chamonix big time, onto the new track joining Peebles and Inners' - what joined up thinking there is around the Tweed Valley - great vision from the local community and council. 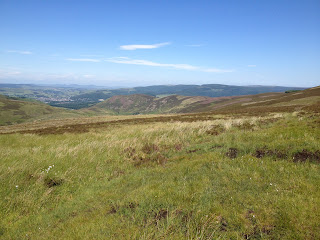 Anyway, back to the Traquair Arms and a well earned pint saw me heading home with heavy heart leaving sun, great biking and new, and old, friends.

All in a fantastic couple of days.  Hope to be back real soon.
Posted by Craig Coid at 01:33