Craig and Bill were out with the young people from Milngavie Youth Cafe in Ardgarten for the DoE Bronze Expedition training. 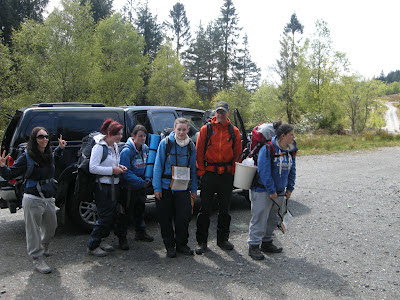 Good weather and great effort saw us at Mark bothy for camping overnight.  The midges were out giving it early season feasting but hoods on and we all survived on the rations brought by the bucket load...as always with first training exped'. 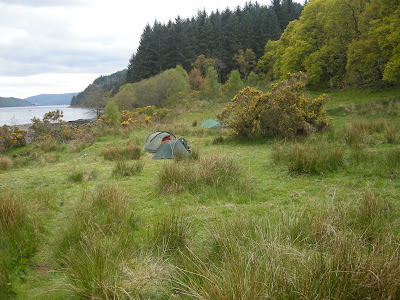 Once we settled down, the slack line was out for its first try and its fair to say none of us appear to be naturals or likely to threaten Dean Potter's supremacy!! But we had fun. 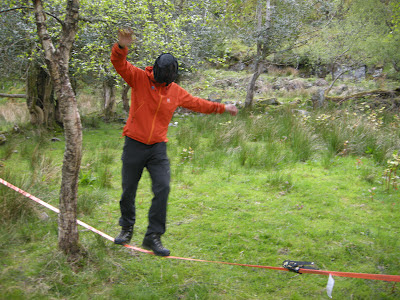 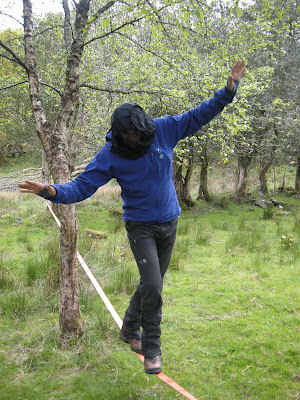 The next day saw lovely weather again and the walk out to Lochgoilhead was more than pleasant and the girls did well, although incessant moaning was the order of the day, despite enjoying themselves immensely. 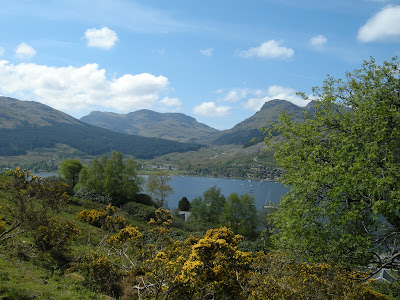 All in, a successful training expedition and the girls now need to consolidate the hard work and make plans for the Award exped' later this year.