Summer should be for climbing in shorts, bitten by midges and nice warm rock to shake off winter chills. 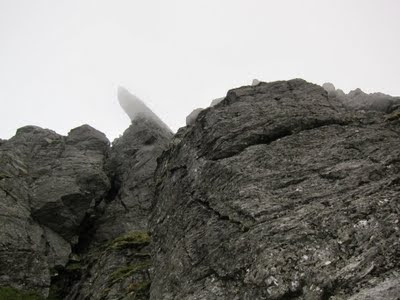 On the other hand, this is Scotland...so a late planned trip up the Cobbler on 16 June saw us on the rock at 8.30 pm.  Windmills with the arms to get blood back in the fingers did not harbinge summer thrills.

Frozen fingers and more at the first belay was not expected and Mark, fast approaching with every piece of clothing on, compounded my thoughts of an early bail. 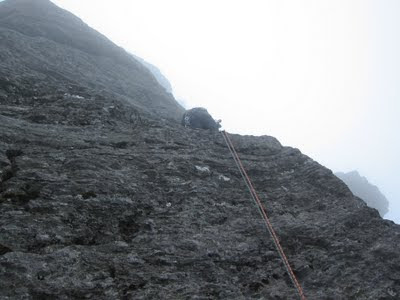 Mark pulled over the lip on pitch 2 and we set up the abseil, avoiding the crux final pitch in impending rain and deep cold...JUNE, SUMMER, ur havin' larff! 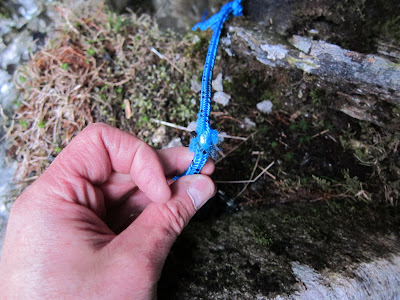 Interestingly our tat from last year was still in place; so we cut it out, put new stuff in and off I went.  A slip on the way down shifted the tat over a sharp edge and cut the sheath on it...aaargh - altho it was fine, it was backed up and so never in danger :))  Mark did a quick repair on it and down he came for a sprint back to the car in 46 mins from the bealach; that's fast!! 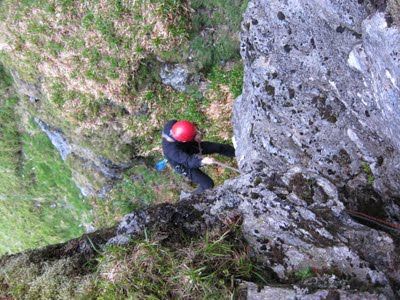 Great night out; good exercise and navigation and two top pitches made it worth the effort. 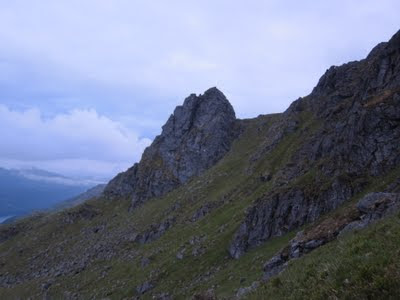