Both Craig and Mark have tweeted @HaveAnEpic @Mark_SimplyEpic more than blogged this winter, just being lazy I guess, but it is a good way of getting info on conditions out there fast and this year the conditions have been “in” and “not in” faster than a fast thing.

It’s not been a great winter season with everyone climbing less routes but still going tooled up into the hills to look for optimal conditions but finding sub optimal (mostly).

The highlights for us have been Seam IV,5 Cairngorms, Shelf Route IV,6  A fantastic day but thin conditions a couple of assents of The North Buttress of Buachaille Etive Mor IV, 4 this is great route that is climable in most if not all conditions, our last outing was probably the best conditions we have had on it but 3 days later it was black once again. Castle Ridge on Ben Nevis with a good dusting of snow to make interesting but not difficult...

Other days that were less fruitful but still spicy, due to conditions; we bailed on D Gully Buttress IV,4 having only one 25m half rope and 6 nuts we charmed the party behind us to do the same as they thought they were on Curved Ridge, this is a common mistake it seems as the party behind them also were on the wrong route, anyway we all bailed and it was all very sociable.

We started up what we thought was Ordinary Route IV on Cuneiform Buttress only to realise that it was most likely Ravens Edge VII,7 – eek, bailed, we are good at bailing!

Winters not over (hopefully) but it feels like early June today…hoping for Crypt Route this weekend...:)

Some pics of various route and days on the hill. 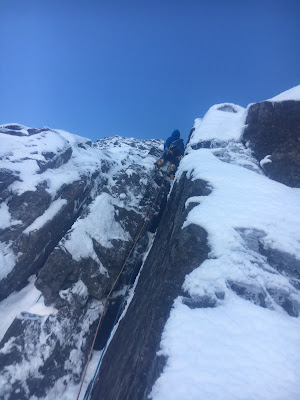 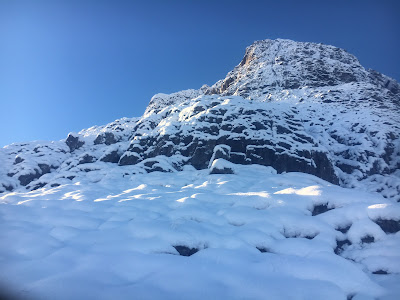 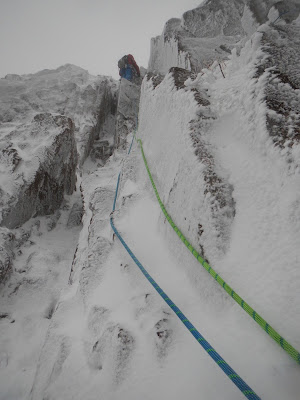 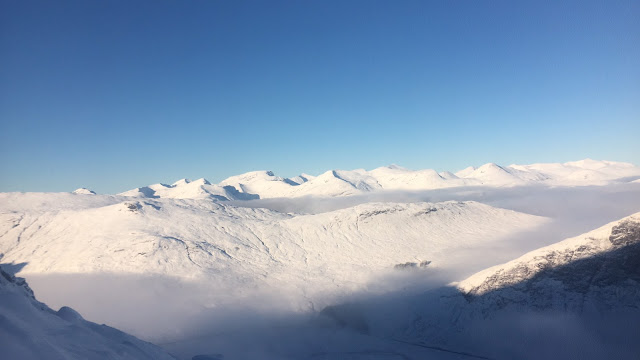