After a pretty good winter, Craig and Mark got out on to rock for the first time this season...and that means the Bookle - and why not? 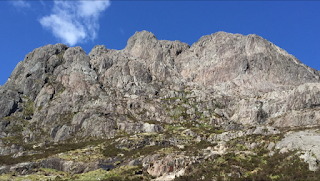 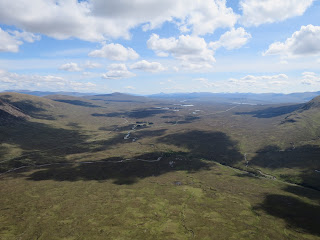 The sun was out and the rock was grippy like a grippy thing, so we headed up with options in mind, largely depending on Mark's recovering ankle after a twist on the hill some three weeks previously.

We were first up and got to the Waterslab in good time and North Face Route was the chosen objective; we'd climbed once previously and it was a fun route though a little greasy on that occasion.

We swapped the start and Craig headed up the first pitch.  The rock was delightful, grippy and warm, and the views were, as always, stupendous. 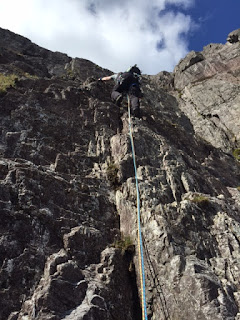 Mark had the lovely traverse pitch... 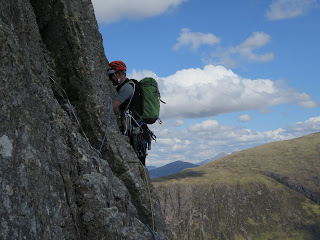 and Craig linked the next two pitches together up the corner and chimney - a great idea as both pitches are short and run nicely in series. 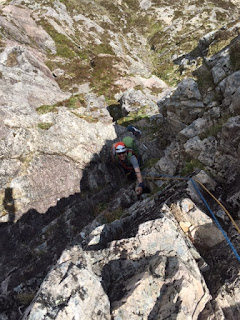 Mark had the final pitch with the 'hero shot'... 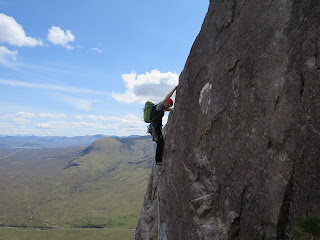 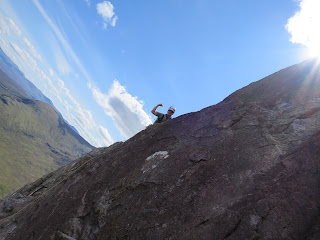 On finishing, we saw that avoiding the Rannoch Wall was a good idea, as it was a tad busy.  Descent down Curved Ridge and back to the car in the sunshine saw an alpine-esque day in the heat and ice-cream at the Welly!

All in a super day to get back in 'top gear' for a summer of rock and adventure.
Posted by Craig Coid at 06:48