What ever happened to the rain...

Super freaky avalanche threats enunciated by many had Craig & Mark keep a keen eye on conditions with a trip up Shelf Route high on the agenda.  This is a really nice IV 6 route up high out of Crowberry Gully on the Bookle which has a spicy finish. 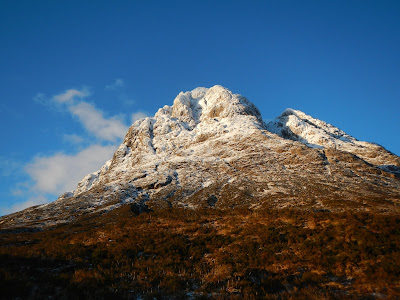 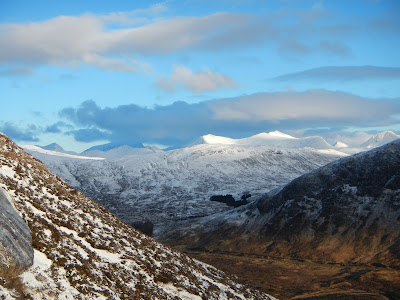 We checked the face from the Jacksonville carpark with binoculars and saw plenty of loaded slopes and wind blown snow...a recipe for a bad day demanding good decisions. 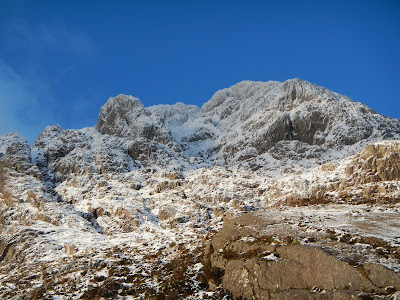 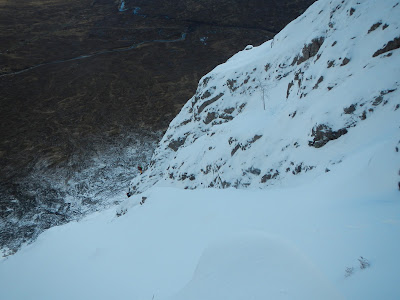 We headed up and found plenty of snow with a 2" layer of new blown snow on top of much of it.
We took the route for Curved Ridge and crossed low down towards Crowberry Gully and got to the entrance proper.  There was plenty of soft snow about but the first hasty pit was quite encouraging on a NE'ly aspect.  We moved up another 10m and dug another which released without assistance about 8-9" down - very scary.  We chatted and decided  to climb directly out the gully on our left - a nice steep line onto a snow terrace and upwards onto Crowberry Ridge. 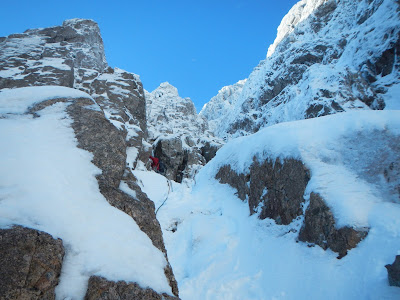 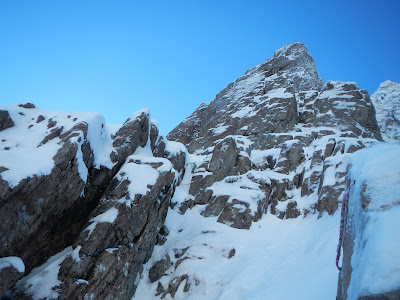 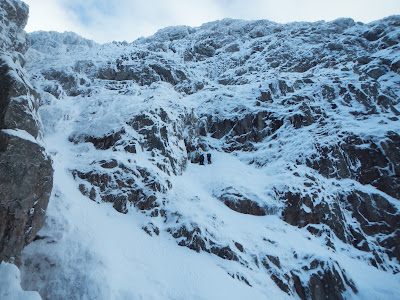 There were patches of useful and plenty useless snow for climbing and we got to the route proper with three chimneys ahead of us, accessed by a thin snow terrace.  Mark led off towards the centre one, the correct line, 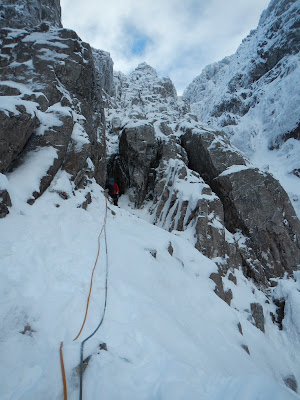 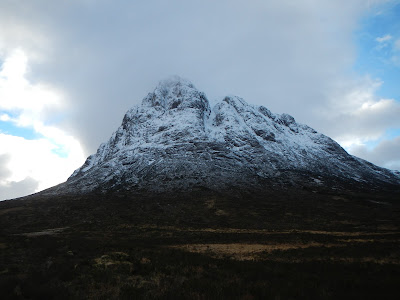 but when he got under them, he climbed the left hand chimney which turned out to be very thin...a fabulous lead by Mark on seriously hard terrain - the route proper is a much easier line!

We continued on but knew we were now off the route line.  Some steep ground ahead took us to an airily perched perfect block belay and abseil point.  After a bit of work, we were off on the first of four abseils down to the bottom of the route and low down on Curved Ridge. 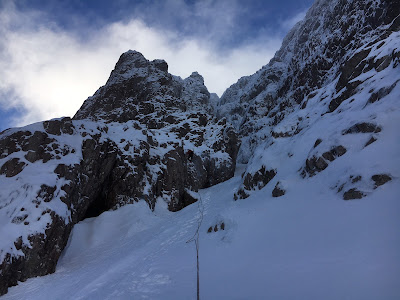 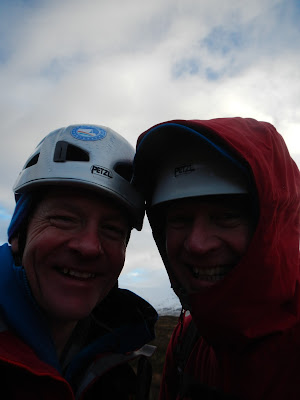 All in an excellent day with good climbing and good decisions.  A sunny but very, very cold day with plenty disco dancing on belays to keep warm.  We hope to return next week for a shot at the route proper if we can get to the base via Crowberry Gully...a scary place today, which had no other parties in it.