Craig & Mark, sans Bill bogged down in paperwork, headed for the Ben to sleep overnight in TNF carpark.  Stopping for a truly, spectacularly bad, and overpriced, steak pie in a Tyndrum hotel, we cracked a bottle of Italian red in the Disco, with BBQ Pringles to compensate.

Hopeful of something the next day, alarms were set for 4am and off to the land of nod we went.

Up sharp, porridge and coffee later, we headed off with trepidation but some hope of uber ice routes and sticky toffee ice... 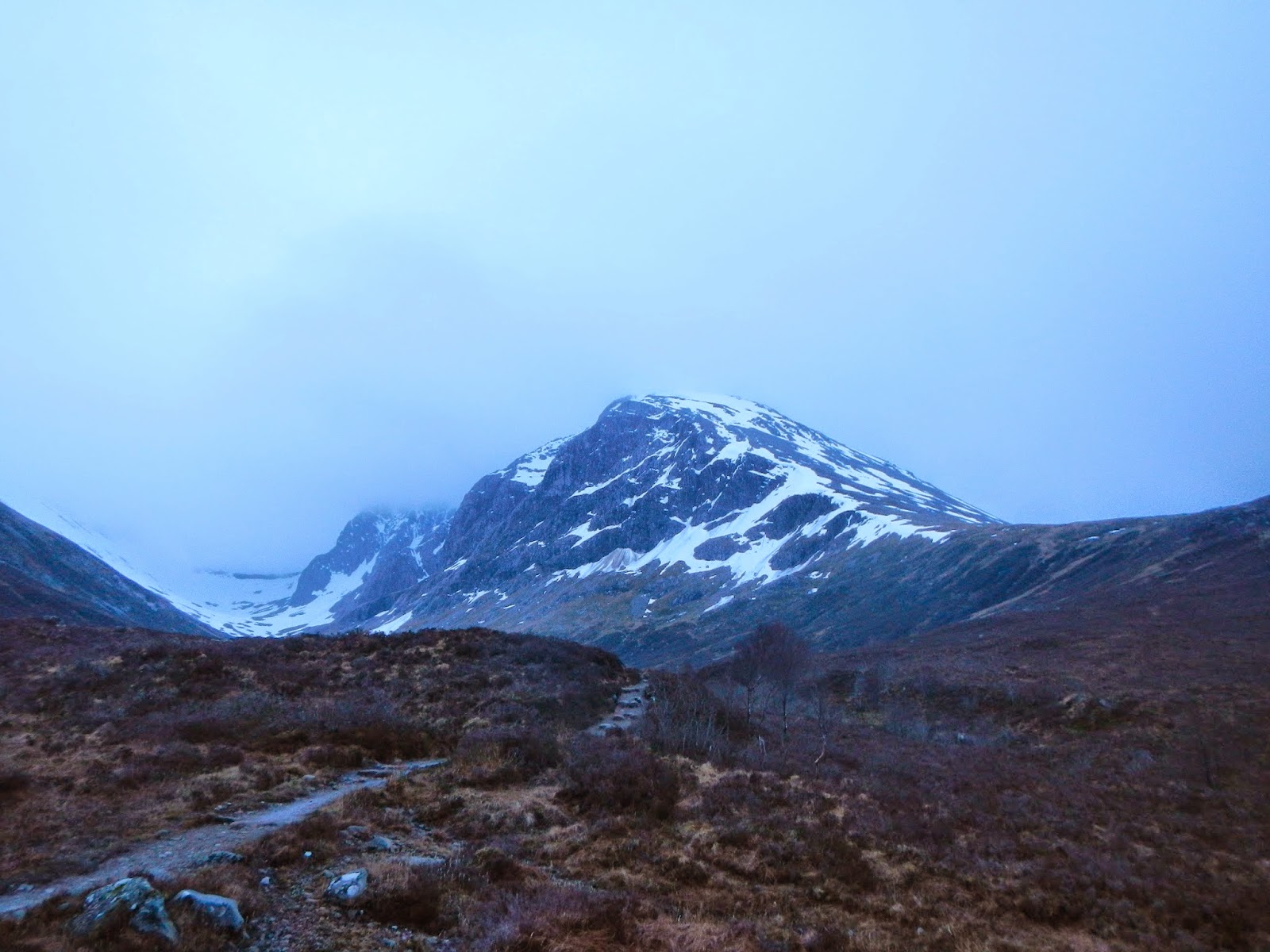 Summer is fast approaching, evidenced by the rising sun, and it revealed a pretty sorry looking Ben; plenty of snow no doubt but all in the wrong place unfortunately.  We had plans for the North East Buttress...quickly dismissed; checked out Observatory Buttress...dismissed quicker; and, selected Tower Ridge, knowing Mike Pescod had climbed it two days previously and reported reasonable
conditions.

That said, the freezing level sat at some 27000ft and a true turbo-thaw was underway.  The mist was down and we sought a direct line onto the ridge beyond the climb out of the east gully.   The avalanche debris trails are impressive and rather intimidating, with several exiting Observatory Gully well towards the CIC hut. 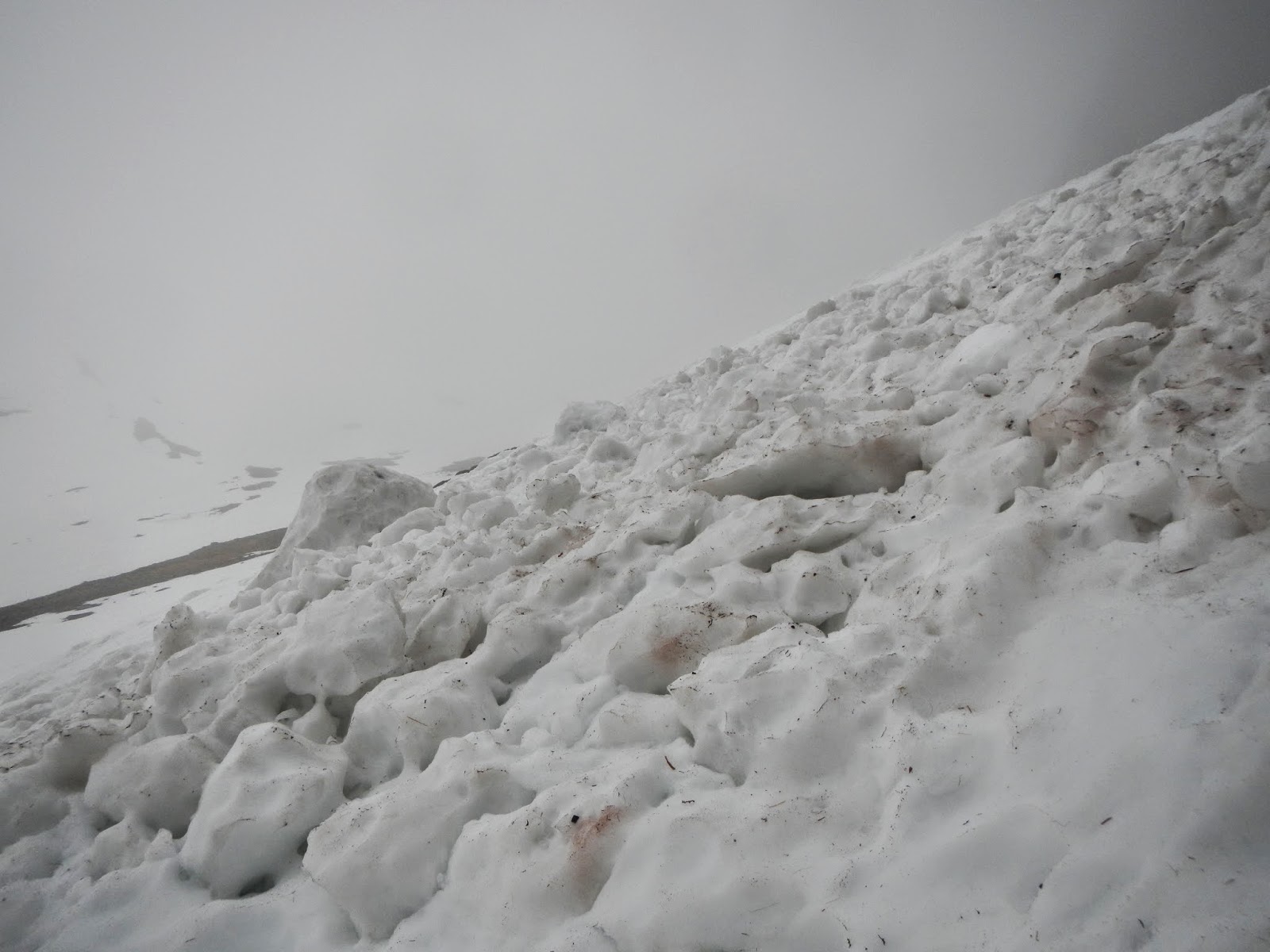 Getting to the ridge was interesting; near Scottish bergschrunds, soft sugary snow, rain and rock falls nearby was short of fun but we made it to the ridge line and had a look to judge likely conditions on the route.  We were both like minded and didn't fancy spending the day ploughing a lonely difficult furrow up the ridge which was shrouded entirely in mist. 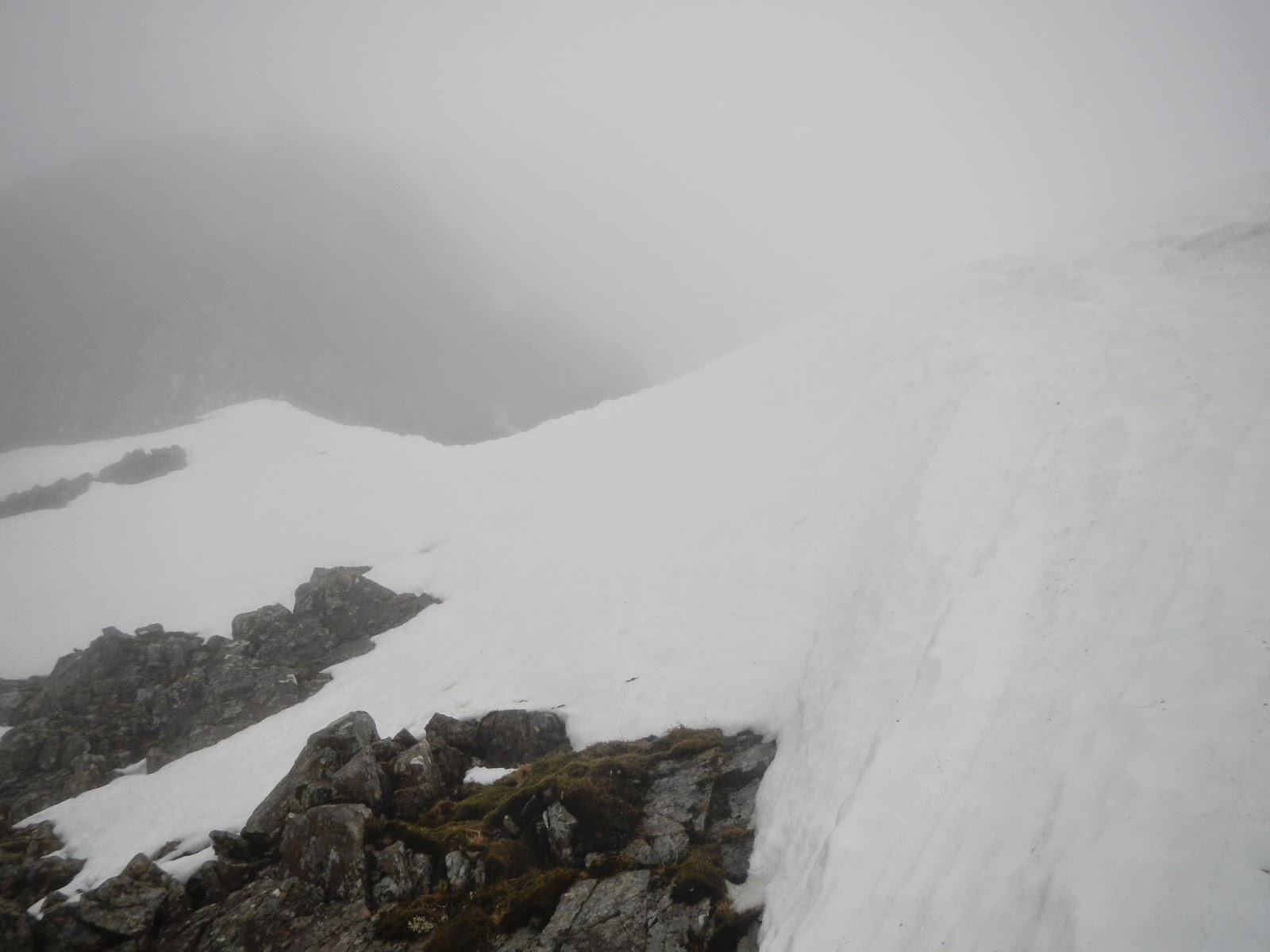 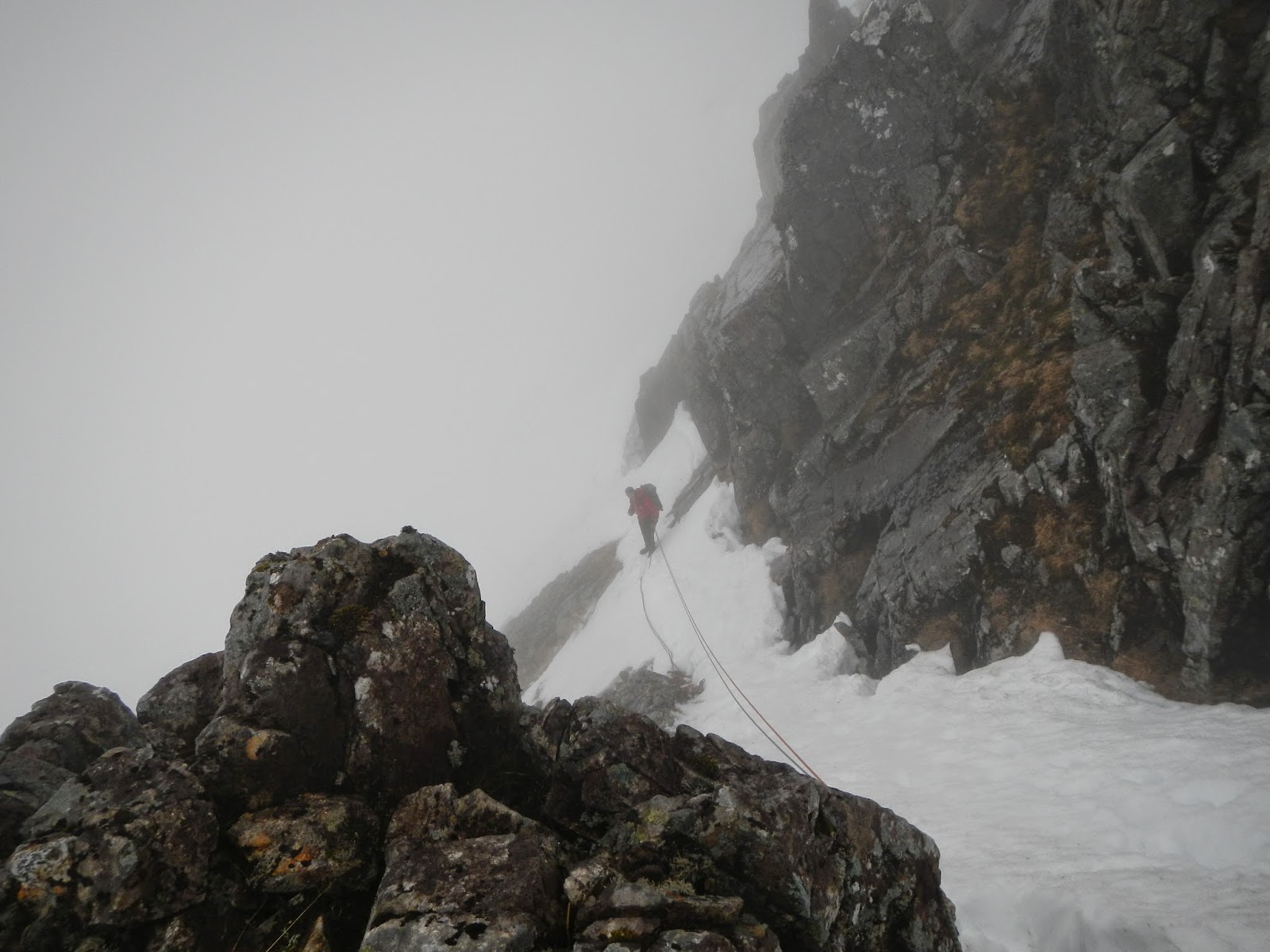 A quick chat and we agreed to bail off the ridge on a short abseil over the soft, gaping bergschrunds, thence to the hut for some grub and a chat with other hopeful climbers. 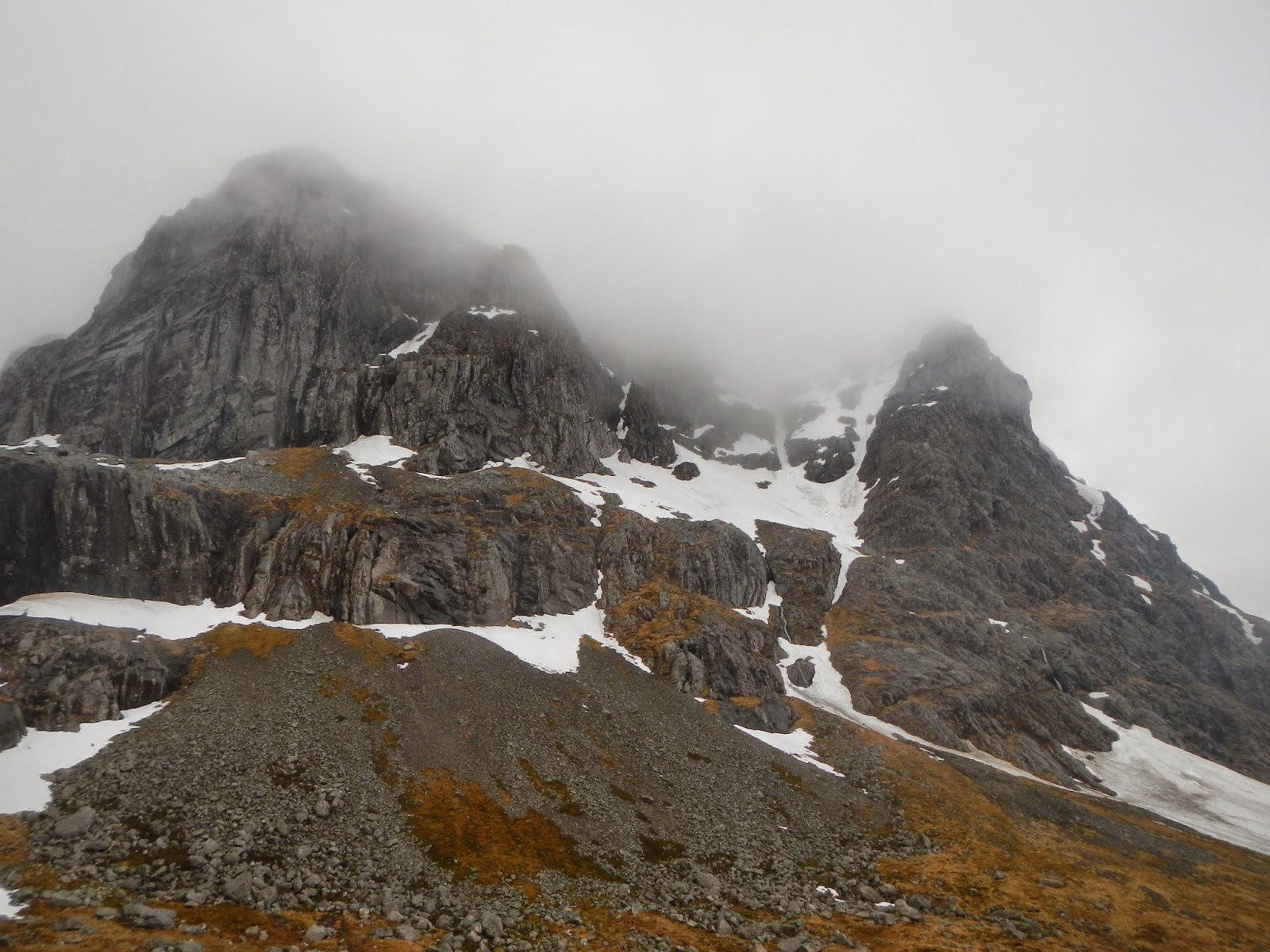 A team headed for a disappointing NEB; climbed the day previously without crampons; another to Observatory Ridge - naked of winter garb from what we saw of the first 200m and. tbh, everything else seemed most likely to be soft/dangerous/uninviting...not for us. 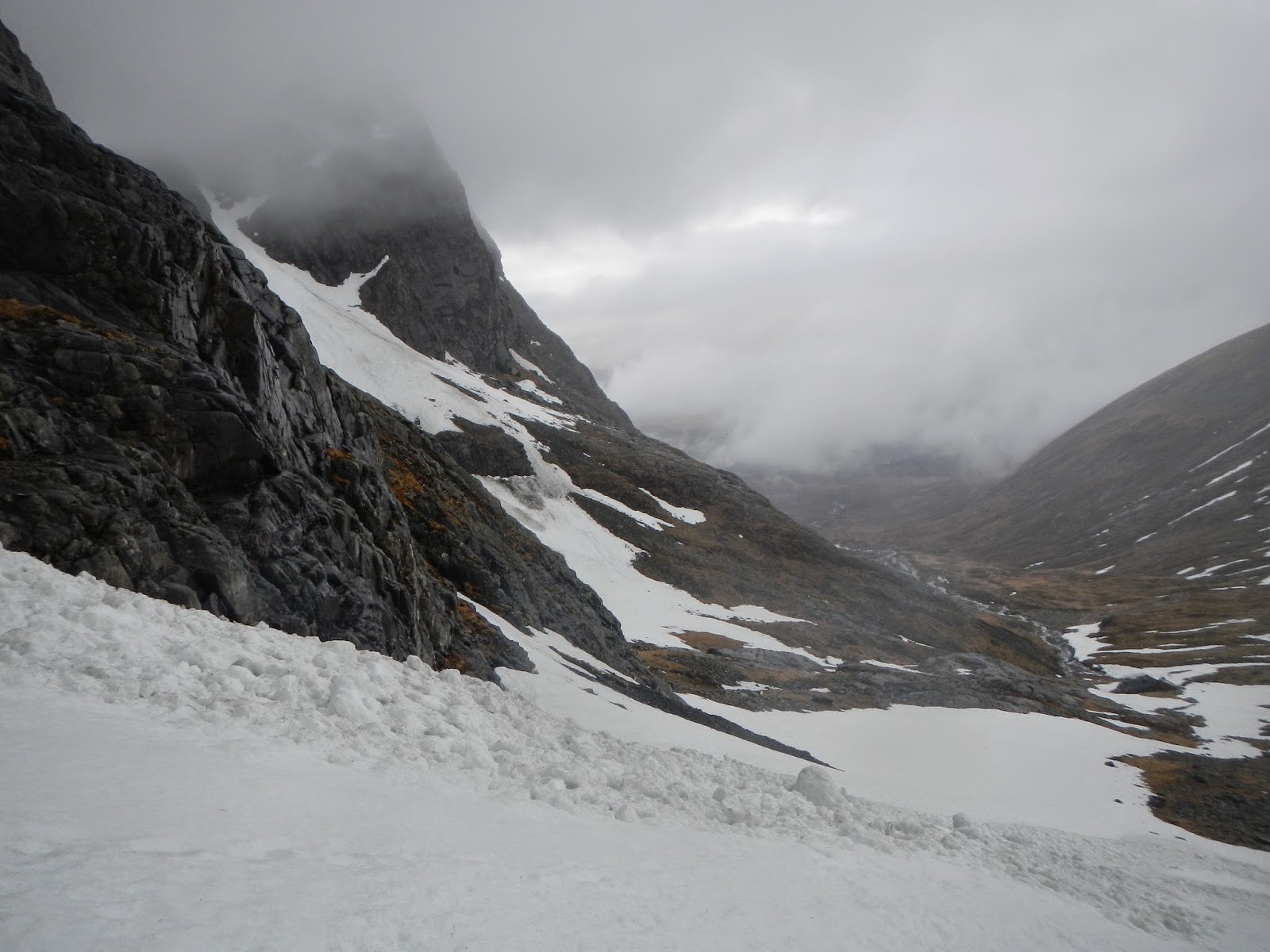 A pleasant walk out, quick shop tour and a very nice coffee and bun in Glen Coe saw us home in good time for brownie points. 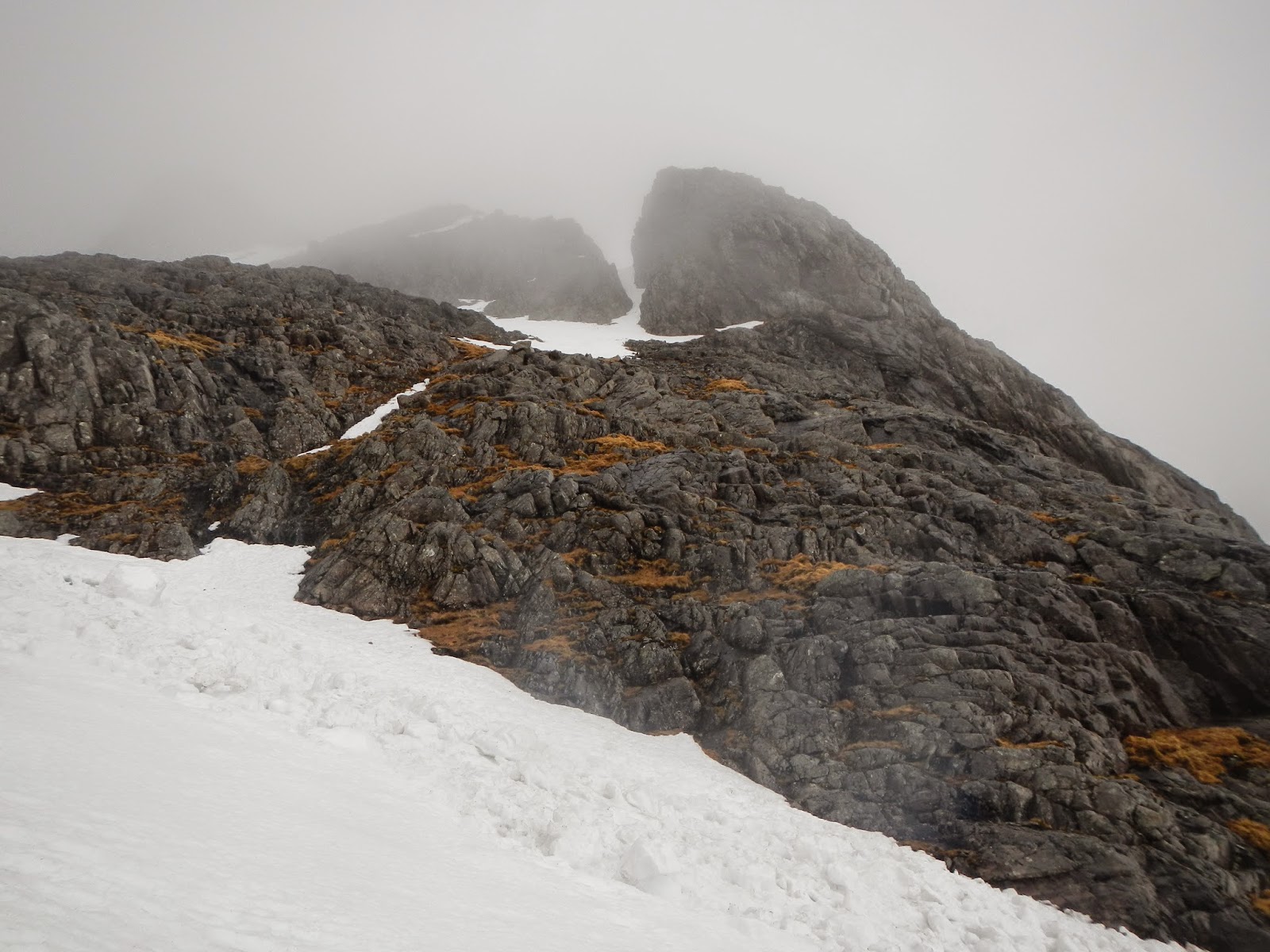 Thinking that winter is pretty much over...what winter?? :( 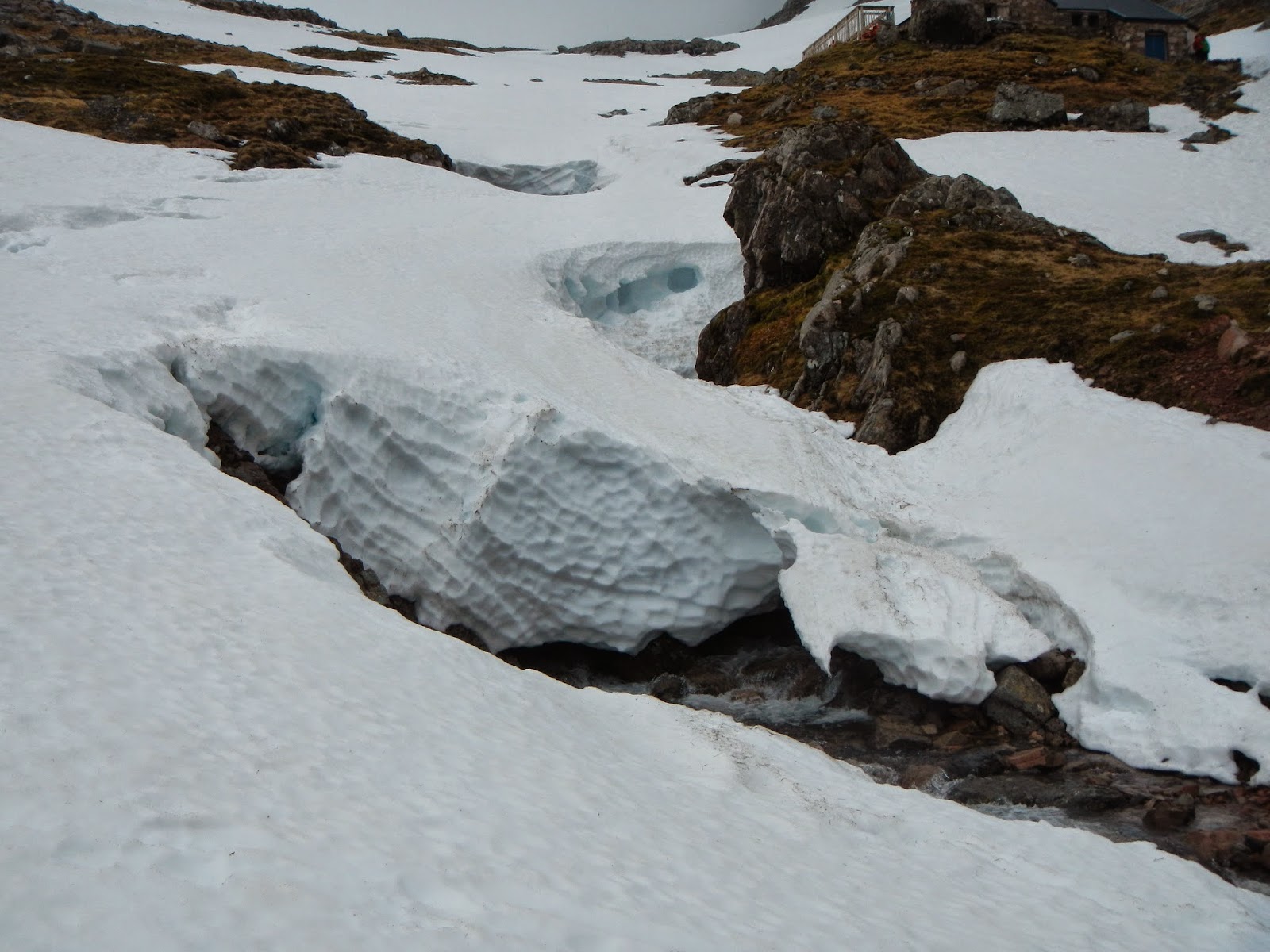